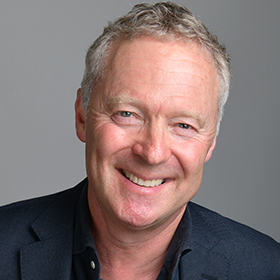 He returned to prime-time TV in September 2018 as team captain in the ITV series, The Imitation Game.

Born in Edinburgh on 6 April 1961, Rory was educated at Wellington College and Kings College London, where he gained a BA in French, German and imitating lecturers. He speaks French adequately, German inadequately, and enough Russian to impress you for 90 seconds (unless you’re Russian).

By the time he’d graduated in 1984, he was already performing on the London stand-up circuit and at his native Edinburgh Festival Fringe, and got his first TV series with the BBC in 1986.

He retraced his family history for Who Do You Think You Are, and travelled all over Britain for the ITV daytime series Rory Bremner’s Great British Views (2012)

In his spare time (as if) he translates operas and plays from French (Carmen, (Spier Festival) and Orpheus in the Underworld (Scottish Opera)) and German (Kurt Weill’s The Silver Lake, (Broomhill Opera) & The Seven Deadly Sins) and Bertolt Brecht’s A Respectable Wedding (Young Vic)- the latter directed by Joe Hill Gibbons and starring James Corden.

Always in great demand as one of the country’s top hosts and after-dinner speakers, Rory followed a sell-out run in Edinburgh in 2016 with a sell-out national tour (Partly Political) in 2017.

Rory divides his time (badly) between the Cotswolds and the Scottish Borders. He’s married to the sculptor Tessa Campbell Fraser & has two daughters, Ava and Lila.