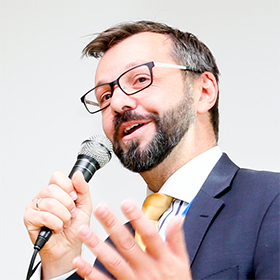 Dr James Biddulph FCCT FRSA – Following his degree, James lived and worked in Nepal and India in primary and secondary schools.  He pursued his career following a PGCE at the Faculty of Education, University of Cambridge.  In 2002, his creative approach to teaching gained him Advanced Skills Teachers (AST) status in creativity and in 2003 he was awarded Outstanding New Teacher of the Year for London. Having transformed two failing schools in East London, UK, as Deputy Headteacher, he was the inaugural Headteacher of a new Hindu-based primary school.  He is now the first Headteacher of the University of Cambridge Primary School, the first primary University Training School in the UK. He completed his PhD which focused on creative learning in ethnic minority immigrant children’s homes. He is a founding fellow of the Chartered College of Teaching.

What is a broad and balanced curriculum?