Title: Teach yourself ADHD with Rory Bremner and Tony Lloyd of the ADHD Foundation

Summary: In this informative and entertaining session, impressionist and comedian Rory Bremner will talk about his own experiences with ADHD and how to recognise and manage the condition, together with Tony Lloyd, inspiring CEO of the ADHD Foundation. 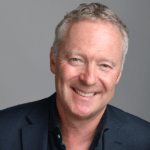 He returned to prime-time TV in September 2018 as team captain in the ITV series, The Imitation Game. He’s a regular on Countdown and recently spent a week on Richard Osman’s House of Games.

In 2021 he will present his own podcast, The Spying Game.

In his spare time (as if) he translates operas and plays from French (Carmen, (Spier Festival) and Orpheus in the Underworld (Scottish Opera)) and German (Kurt Weill’s The Silver Lake, (Broomhill Opera) & The Seven Deadly Sins) and Bertolt Brecht’s A Respectable Wedding (Young Vic, directed by Joe Hill Gibbons and starring James Corden)

Rory lives in Oxfordshire with his wife, the sculptor Tessa Campbell Fraser, his daughters Ava and Lila, two dogs and too many horses. 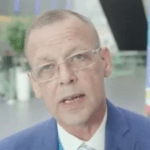 Dr Tony Lloyd is the CEO of the ADHD Foundation =- the largest patient led ADHD agency in Europe. Dr Lloyd is a co author of four national reports on ADHD in the UK; A Lifetime Lost or a Lifetime Saved’ 2016 and ‘Bridging the Gap’ report published in 2017, on transition from child to adult mental health services, ‘Will the Doctor See me Now’,( 2019) on health inequalities in adult ADHD services in the UK & ‘The National Expert Consensus Statement on Failures in NHS services for patients ADHD’, published in the peer reviewed Medical Journal, ‘Frontiers in Psychiatry’ in March 2021.