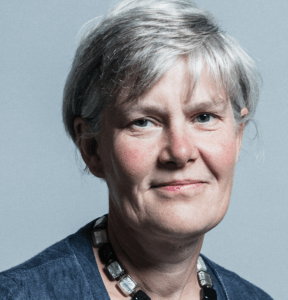 During this Festival Keynote, we will hear from the Shadow Secretary of State for Education, Kate Green MP.

Following their keynote, there will be a live Q&A led by the editor of Schools Week, John Dickens.

Joining links to view this live broadcast will be issued to registered viewers 48 hours before the event commences.

Kate Green was elected MP for Stretford and Urmston in May 2010. She was re-elected in 2015, 2017 and 2019. Kate joined Keir Starmer’s shadow cabinet as shadow secretary of state for education in June 2020.

Prior to her election, Kate was Chief Executive of the Child Poverty Action Group, and before that Director of the National Council for One Parent Families (now Gingerbread). She is a long-standing advocate for families and children, and campaigner against poverty and inequality. She is a former chair of the all-party parliamentary group on poverty and served as a member of the London Child Poverty Commission and the Greater Manchester Poverty Commission. She was previously a member of the National Employment Panel which advised Ministers on labour market policies.

Kate was chair of the Fabian Society from 2016-18 and remains a member of its executive committee. She served as a magistrate for 16 years and takes a particular interest in the experience of women in the penal system, and how best to rehabilitate them to prevent reoffending.