Join Sue Anstiss in conversation with Alison Oliver as they discuss the power of sport and PE to help in work, life and leadership 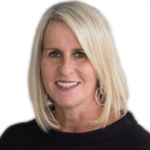 Sue Anstiss has driven change in women’s sport for over 30 years.

Sue’s award-winning podcast The Game Changers celebrates trailblazing women in sport and her book ‘Game On. The Unstoppable Rise of Women’s Sport’ will be published in September.

Having run a sports PR agency for 26 years, Sue is now CEO of Fearless Women, a company with a powerful ambition to drive positive change for women’s sport.

Ali is the Chief Executive at the Youth Sport Trust, an independent charity devoted to building a brighter 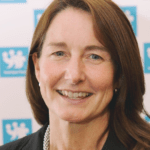 future for young people through the power of sport.

Ali joined the Youth Sport Trust in 2004 as a member of the senior leadership team and became the CEO in 2015. Prior to this Ali was the Deputy Director of Sport at the University of Bath having joined as the course leader for the Physical Education Initial Teacher Training programme. Before this Ali was Head of PE at Millfield School, having started her career as teacher in Essex.

In 2019 Ali received an honorary doctorate of the University of Bath, she was recognized as the Best Leader (not for profit category) in the Sunday Times 100 Best Companies in 2020, and in the same year was awarded an MBE in the Queen’s Birthday Honours List.