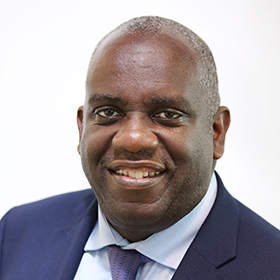 Dr Tony Sewell is CEO of the charity Generating Genius, which works towards getting unrepresented groups  to do STEM  at our top Universities.  He graduated from the University of Essex in 1981, studying Literature  Formerly an academic at the University Of Leeds , he has published widely on issues to do with underachievement in schools and talent development.  He was a trustee at the Science museum and helped to set up the Learning Trust in Hackney. He was recently appointed by the Mayor of London, Boris Johnson   to chair an Inquiry body looking into how to achieve Excellence schools.   The inquiry has led to government giving the Mayor 26 million pounds to improve teacher subject knowledge.  The outcome of the Mayors  Education Inquiry (chaired by Dr Tony Sewell) resulted in the London  School’s Excellence Fund. Dubbed the new London Challenge, it has had a profound influence on the future of London and Uk Education.  Recently he has been appointed a trustee of the Youth Justice Board, responsible for youth justice in England and Wales.  He has published widely, his best known work is the book: ‘Black Masculinities and Schooling: How black boys survive modern schooling’ He was recently awarded a CBE  for his services to Education..