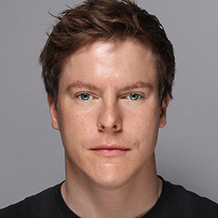 Chris Hildrey is a London-based architect originally from Liverpool. In 2018 he established Hildrey Studio, an award-winning creative practice that uses architectural skills to design buildings, services, installations, and art.
He previously worked at Foster & Partners, Zaha Hadid Architects, OMA Rotterdam, and Níall McLaughlin Architects. In 2017 he was selected as a Designer in Residence at the Design Museum where he designed ProxyAddress, a system that uses the addresses of empty properties to reconnect those facing homelessness with the support services and identification they need.
In 2018, ProxyAddress was named one of Wired’s ’18 things that made the world a better place’ and Chris was awarded a D&AD Impact award in New York, named an RIBA Rising Star, and became the youngest ever recipient of the RIBA President’s Medal for Research. He has spoken on television, radio, and in the Houses of Parliament about the role of design and the arts to effect positive social change.