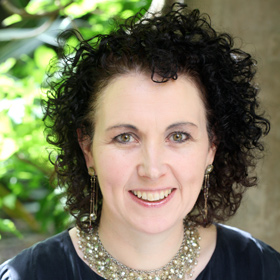 Catherine Roche has been Chief Executive of children’s mental health charity Place2Be since January 2014. She was Chief Operating Officer from 2003 and has been instrumental in enabling the organisation’s growth and development.

Catherine trained as a secondary school teacher in Ireland, moved to France to teach in a state school and later adult education.  Awarded the Shannon Fellowship, Catherine completed an MBA (Boston University) and then joined KPMG Consulting, working with private and public sector clients across Europe and the US on a range of business strategy and organisation development assignments.  Catherine first became involved with Place2Be in 1996, giving pro bono advice and support.

She holds a BA (Hons) in English and French and a Post Graduate Diploma in Education, both from University College Cork and an MBA from Boston University. In 2018, Catherine was awarded an Honorary Doctorate of Psychology by University of East London. In March 2019 she was elected to the Board of the NHS Confederation Mental Health Network.