How Green is Your Classroom? 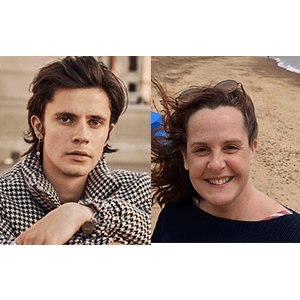 Actor, presenter and climate activist Cel Spellman will talk about the importance of embedding lessons about climate and the environment into everyday classroom life, and about some of the inspiring young people he’s met through his work with BBC Bitesize’s ‘The Regenerators’ environmental education initiative. Cel will also be joined by leading expert on environmental education Claire Seeley to answer your questions and offer tips on greening your school’s curriculum.

Ceallach, Or Cel, Spellman is an actor, broadcaster and radio DJ from Manchester. His acting credits include Netflix’s White Lines, ITV’s Cold Feet, Channel 4’s Cucumber and BBC One’s World on Fire and BAFTA winning Waterloo Road. He is also no stranger to the stage having performed in his younger years at the Library Theatre and Palace Theatre in Manchetser. Then onto The National Theatre. His broadcasting credits began with CBBC, where he hosted numerous shows from BAFTA winning Friday Download, Blue Peter, All Over the Place to the broom cupboard, and since CBBC Cel has been a host for Watchdog, The Voice, BBC Three’s Junior Doctors and more. Cel has also been a BBC Radio 1 DJ for over 5 years where he hosted his own show Sunday 4 – 7 and then later the iconic Life Hacks on a Sunday afternoon. You can also hear Cel across some Audio Drama’s for Radio, most recently ‘No Place But the Water’. On top of this, Cel is currently the official host for Man City including their Match Day Live show, which goes out live on game days across Man City’s streaming services & social channels that have millions of followers. Cel is a passionate advocate for the environment, People and Young People working closely on numerous projects with WWF for over a decade, in his role as Ambassador, including hosting the Call of the Wild podcast that launched in Feb 2021, with the first guest being none other than David Attenborough. A second series underway for 2022. In addition to this, Cel works closely with UNICEF, as a High Profile Supporter, is an Ambassador for The Wildlife Trusts, Young Peoples Trust for the Environment, The Climate Coalition, MISP, FareShare, Children with Cancer, Mind, Great Ormond Street and City of Trees.

Claire Seeley is an independent primary science consultant, delivering CPD and Initial teacher training across East Anglia. Claire also works as an educational consultant supporting a range of children’s media projects; most recently the successful BBC Terrific Scientific campaign. Claire believes that primary science has a unique role to play in a child’s learning. Whilst actively discovering and learning about the universe they live in; children can nurture and refine their thinking skills, apply mathematical concepts and develop their language skills. Science should always be hands on, immersive and dynamic.