Both Not Half: Fostering belonging in a divided world 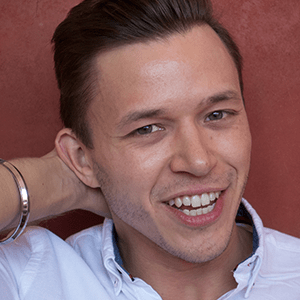 In 2019, Jassa Ahluwalia went viral with a comedy video of himself speaking Punjabi, a language he has spoken since childhood by virtue of his mixed British-Indian heritage. In an attempt to articulate his sense of self to viewers confused by his white appearance, he originated the hashtag #BothNotHalf – a rewording and a reimagining of mixed identity. This story became the focus of his 2020 TEDx talk and his BBC One documentary – Am I English? – in 2022. Both Not Half has evolved into a rallying cry for a new and inclusive future, a campaign for belonging in a divided world.

Jassa Ahluwalia is a British actor, writer and filmmaker. Born in Coventry, raised in Leicester, he came to prominence as loveable badboy Rocky in the hit BBC Three series Some Girls, followed by starring roles in Unforgotten, Ripper Street, and Peaky Blinders. Jassa is the creator of the hashtag #BothNotHalf, which he uses to explore mixed identity and his own British-Indian heritage. His TEDx talk has clocked up over 100k views and his BBC One documentary – Am I English? – aired in April 2022. He is a fluent Punjabi speaker and studied Russian and Spanish at University College London. This eclectic cultural perspective has become a guiding feature of Jassa’s work.