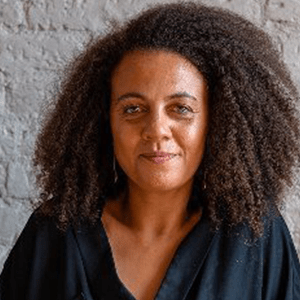 Over the past decade, the concept of Contextual Safeguarding has influenced the development of child protection and safeguarding responses to harm young people experience beyond their family homes. In this session the founder of the concept, Professor Carlene Firmin, will reflect on the implications of the concept for safeguarding practices in education; drawing upon a four year project Beyond Referrals that identified barriers and levers for creating safer school environments in response to extra-familial harm. Carlene will outline five key pillars for creating safety in schools – and the extent to which establishing these pillars enables schools to be proactive in safeguarding young people from extra-familial harm. She will close by indicating how such an approach in schools can be integrated into Contextual Safeguarding approaches being adopted by safeguarding partnerships more widely, and the value-base that must underpin such practices to create systems that work with, rather than do to, young people in need of support.

Dr Carlene Firmin is Professor of Social Work at Durham University. Carlene has researched young people’s experiences of community and group-based violence since 2008 and has advocated for comprehensive approaches that keep them safe in public places, schools, and peer groups. Carlene coined the term Contextual Safeguarding in 2014 to describe a vision for improving safeguarding responses to young people at risk of harm beyond their family homes. In 2016 she published the Contextual Safeguarding framework: a framework that has since been used to reform safeguarding responses and policy frameworks concerned with extra-familial harm in the UK and internationally. Carlene is co-convener of a special interest group on Social Work and Adolescents for the European Social Work Research Association; she is a Global Ashoka Fellow, and also a member of the Churchill Fellowship Advisory Council. She has written in the national newspaper, the Guardian, since 2010, and is widely published in the area of child welfare including through two sole-authored books. In 2011 Carlene became the youngest black woman to receive an MBE for her seminal work on gang-affected young women in the UK.